Due to the current pandemic situation – All Trials, Club Training Sessions, and Club Meetings are cancelled until further notice. Stay safe everyone in the meantime

We are a small friendly sheepdog training and trialling club. We are headed by a committee of 9 sheepdog loving people who give up their time to organise and run a mixture of sheepdog trials and training sessions in the South West. Our aim is to provide a good day out. Whether you are accomplished handlers looking for the challenge of an Open trial, or a novice handler who wants to improve your own skills and working relationship you have with your dog, hopefully, we have something for you.

Some of you may never wish to step foot on a trial field! That’s fine – we aren’t all heading for the Nationals and the sense of achievement when your dog works well for you back home is satisfaction enough.

If you are interested in joining email:- somersetsheepdogs@gmail.com – or fill in our membership form.

About the Somerset Sheepdog Training and Trialling Club 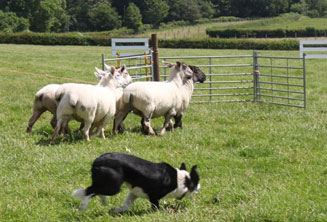 The Somerset Sheepdog Club has changed a lot since it first started over 25 years ago. Early members would probably be dismayed that there is such a ‘competitive’ edge in the world of sheepdog trialling, but we all have to move with the times. Rules are strict and competitions taken very seriously – there is a lot at stake for ‘would be’ champions.

However, The Somerset Sheepdog Training and Trialling Club has a good heart and aims to encourage and support all members who are keen to learn the skills that remain true to the original goal of a good working dog that will listen to his master. Our club is a good place to start and can help to improve your working partnership with your dog. There is nothing more enjoyable than talking sheep, dogs and trials over a cuppa and a slice of home-made cake – always in abundance at our events. We have made good friends within the club and hope to make many more. So if you are interested in some training for you and your dog or coming to a trial in the South West – email:- somersetsheepdogs@gmail.com

SSDTTC is affiliated to ISDS, our number is 59546.

If you are interested in becoming a member, please send completed form and payment of £7.00 made payable to ‘Somerset Sheepdog Training and Trialling Club’, to:

Membership runs from April to April and entitles each member to run their dog at all Somerset trials and receive our regular newsletter. Any membership fee not received by end of June will result in membership being cancelled.

Please read the Rules of the Club

Rules of the club

For those of you who are not quite at the stage of venturing onto the trial field, or are in need of some extra practice on different sheep, Rich has been running some informal sessions on a Sunday morning. Groups have been small – just 1-5 handlers each session and have proven very popular. If you are interested in coming along then please give us a call – be great to see you.

Sessions will be free to Somerset Club members. 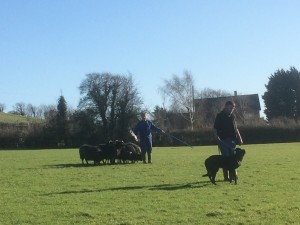 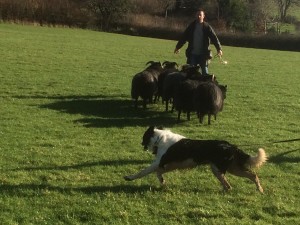 Start 9.30am. Entries on the field in person please, before 12 noon.

Entries on the field in person please before 12 noon.

This year entries will be limited to 3 dogs per handler.

There will be a raffle so donations of prizes would be much appreciated.

Start 9.00am. Entries on the field in person please, before 12 noon.

Start 9.00am. Entries on the field in person please, before 12 noon.

There will be a raffle so donations of prizes would be much appreciated.

Hello Everyone, thought it was time for a ‘catch up’ and to let you know what has been happening with the Club during the summer months.  Almost at the end we have addressed the Privacy Policy situation which, unfortunately applied to all small clubs although we are assured, by the overseeing organization, that it was never intended thus. Been a bit of a nightmare, folks.

Anyway to begin on a more cheerful note, ‘there’s bin a lot goin’ on’.

This was our biggest field of competitors yet. As we have established, this year’s winner will be invited to Judge next year.

Jed will be invited to Judge next years Trial.

Outstanding Rosettes We hold a number of Rosettes for people who did not pick them up on the day of the relevant Trial. They can be picked up at our next Trial, 7th December.

These are:  From the Spring Trial Lee Bowden 1st and 4th; Jamie Garland, 2nd and 5th

And from the Summer Trial, Anne Cooper 4th.

Training Day  Sunday 20th October.  This was held at Jane Stubberfield’s Cirencester Venue. Bob Watson was once again our Trainer and nine members benefitted from his individual guidance.  Sallyann Fisher kept us all fed with scrummy filled bread rolls and with Tea, coffee and cake provided by club members we were well fed. We plan to host another Training Day in late January/early February in Somerset.

Charity Trail Should have mentioned long before now that the Club sent £100 to the Macmillan Cancer Charity following our Spring Trial in April.

Nearly Finally   In reference to our Security blip of 7th October where all members were unintentionally contacted with everyone else’s email address.  So it has all been investigated as follows:

As you know, all Associations and Clubs, as well as Big Business, are now bound by the GDPR ruling about safe use of the personal Data entrusted them. We have been in touch with the independent body that oversees the working of this rule (the IOC – Information Commissioner’s Office which is the independent regulatory office in charge of upholding information rights in the interest of the public)  and they have been most helpful.  As a result we have extended the Privacy Policy that was already on our Website – www.somersetsheepdogs.co.uk  and have created a link to what you can expect of us as an organization, in respect of your privacy. This is a work in progress.

In addition we will be creating a separate email address for the Club that will still arrive on Caroline’s desk but will be part of a new profile on her computer with a different passcode that only refers to SSTTC business.  All SSTTC information with be stored backed stick separately in a USB stick or on ICloud.  We intend to use our website more frequently and these Newsletters will eventually appear on the site in addition to you receiving your own copy. Intending new members can then see how we operate.

So that we can keep our website up-to-date and interesting to new people, we invite you to send recent pics of members at Trials or Training Days to add to our Gallery.  Can you help?

Initially send them to caroline at somersetsheepdogs@gmail.com

This policy establishes how we handle information we learn about you when you visit our website and become a club member. Protecting the privacy and personal data of our visitors is of utmost importance to us. Protecting your privacy and your personal data is an important aspect of the way we create, organise and implement our activities on-line and off-line. We are GDPR compliant – the Club has its own email address and all members details are kept within The Clubs own separate storage facility and backed up on a designated USB. Although the ICO (Independent Commissioner’s Office) have mooted that small clubs as ours were never intended to be part of the GDPR regulations, it was felt by SSTTC’s Committee that Compliance would be the sensible way forward.